Phoenix Cancer Support Network is led by a team of seven, each bringing a unique skill set and background to the table.

This tightly integrated team meets monthly to review company progress, client satisfaction, and to set direction for the future. The team maintains an in-depth set of performance indicators covering all aspects of the business. 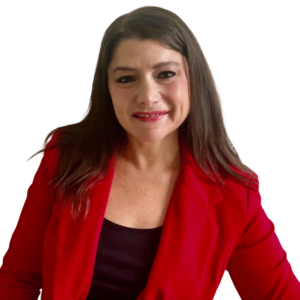 Jenny Martin is the Founder and CEO of Phoenix Cancer Support Network. Jenny brings over 15 years of experience working in the field of healthcare administration and business development, holding executive leadership positions in both hospital and private practice settings since 2012.

After Jenny’s younger sister Annie lost her battle to Cancer at the age of 24, Jenny became particularly passionate about cancer treatment and patient care. Determined to make a difference in the lives of cancer patients, Jenny leveraged her knowledge and expertise in oncology healthcare administration and business development by starting a non-profit organization.  Since its inception in 2016, Phoenix Cancer Support Network (PCSN) has provided support and advocacy to hundreds of cancer patients and their families in Arizona as they navigate the most challenging time of their lives.

Jenny earned her Bachelor of Science in Communications Studies with a concentration in Speech from Emerson College in Boston, MA and her Master’s of Business Administration with a concentration in Healthcare Management at Columbia Southern University. Jenny lives in Phoenix, AZ with her husband, Sam and their 3 children, Ari and Elliott and Gia. She is the Director of Business Development for Arizona Center for Cancer Care. 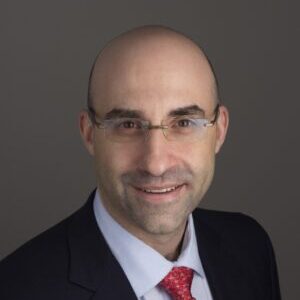 Dr. Weiss is a board-certified medical oncologist with more than 10 years of experience in comprehensively managing cancer patients. He has served in numerous leadership positions both in the clinic and laboratory, in the community setting, as well as, a NCI-designated comprehensive cancer center. Dr. Weiss completed medical school at Sackler School of Medicine, internal medicine residency at SUNY-Downstate, and a hematology/oncology fellowship at University of Colorado, where he served as the Chief Fellow in his final year. He also earned an MBA at W.P. Carey School of Business. In 2016, he received the Healthcare Leadership Researcher of the Year award from AZ Business Magazine. He was the Director of Phase I Clinical Research at Beth Israel Deaconess Medical Center in Boston and faculty at Harvard Medical School. Currently, he is serving in a leadership position at a biotech pharmaceutical company based in Boston/Cambridge. Dr. Weiss has published over 275 peer-reviewed articles and abstracts and has received research funding from institutions such as the American Cancer Society and the National Foundation for Cancer Research. 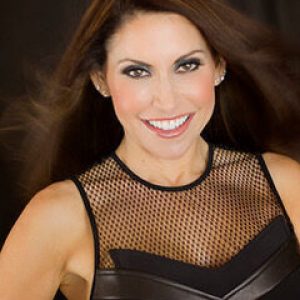 A native to Arizona, Julie Xander is a fashion stylist and lifestyle coach. Julie is well known for her personal brand, Lifestyle Jules, encompassing her passion for fitness, fashion and lifestyle coaching. Julie is in the business of making people feel great about themselves, inside and out, while supporting local business owners. She became passionate about cancer support and advocacy when she was introduced to one of her blog readers whose 6-year-old daughter was undergoing treatment for osteosarcoma. Julie joined the PCSN board of directors in early 2018. 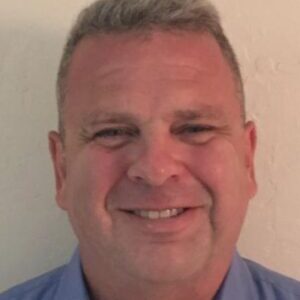 Fred was first touched by cancer as a teenager when his mother was diagnosed and lost her valiant three-year battle. As a result, he wishes to assist patients and loved ones navigate the often-overwhelming landscape and their successful battle against this disease. Prior to serving on the board of the Phoenix Cancer Support Network he served as the Managing Partner of Jerold Kaplan Law Office PC the largest Arizona based Creditors Rights law firm. He received his undergraduate degree from Arizona State University and his Juris Doctor from the University of Arizona.

Fred resides in Phoenix with his wife, son and dogs. 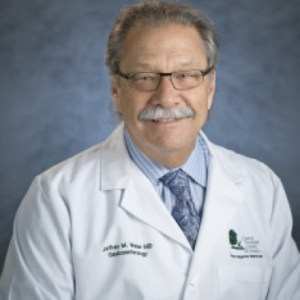 Jeffrey M. Weber, MD
Chairman of the Board
Learn More

Dr. Jeffrey Weber earned a medical degree from the University of Wisconsin-Madison, where he also earned a bachelor’s degree in English literature. Following medical school, Dr. Weber completed both an internship and residency in Internal Medicine at the Georgetown Division of the District of Columbia General Hospital in Washington, D.C. He then moved to Milwaukee, Wisconsin and completed a fellowship in gastroenterology at the Medical College of Wisconsin.

Prior to joining PCSN, Dr. Weber spent 30 years as a gastroenterologist in private practice in Milwaukee, Wisconsin. During this time, he also served as the Medical Director of both the Aurora St. Luke’s Medical Center Comprehensive Obesity Treatment Program and the West Allis Memorial Hospital Weight Loss Program.

Dr. Weber has participated in numerous research studies throughout his career. In 2001, he was named Best Doctor in Milwaukee by Shepard Publications. He is also a 2003 recipient of the America’s Top Physicians Award through the Community Research Council of America. He is a Fellow of the American Society of Gastrointestinal Endoscopy.

In 2005, Dr. Weber became intensely involved in sarcoma cancer fundraising and awareness after the loss of his 24-year-old daughter, Annie. To honor his late daughter, Dr. Weber helped form Annie’s Connection SC, a member-directed support group serving those who have lost young adults.

A year later, he co-founded Annie’s Night, which benefits the MACC (Midwest Athletes Against Childhood Cancer) Fund, an organization dedicated to finding effective treatments and cures for pediatric cancers and other blood-related disorders. “Working with cancer patients is a natural progression in my career,” he says. Of his goal for patients, Dr. Weber says, “I hope that through an encounter with a patient and their caregivers, I am able to provide them with some sense of peace, lessen their fear and diminish their suffering.”

Dr. Weber is a member of several professional organizations, including the American Gastroenterology Association, the American Society for Gastrointestinal Endoscopy, the Maricopa County Medical Society and the Sarcoma Foundation of America. 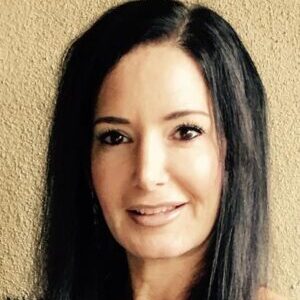 Andrea, a University of Massachusetts Alum who is fluent in Spanish, became interested in the cancer treatment field after losing several family members to the disease.

Andrea brings 20 years of considerable event and entertainment public relations experience. During her career, she worked with The Wall Street Journal, The New York Times, The LA Times and USA Today; and entertainment industry publications such as Billboard Magazine, Hits Magazine, Brand Week, Promo, The Hollywood Reporter and Daily Variety.

Over the last nine years, she has worked independently as a publicist and toured the world for many high-profile artists and events.  She has also served extensively as a direct media liaison coordinating and managing media teams at both the time of scheduled events as well serving as a trouble shooter during negative media events. She has both national and international relationships and has maintained business and personal relationships with the industry’s leading entertainment writers.

Andrea lives in Arizona and enjoys spending time with her husband, her eleven-year-old son and pets. 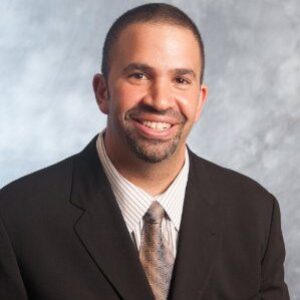 Mark Kharoufeh began his career at Los Angeles Children’s Hospital almost 22 years ago as a Registered Nurse on the Hematology Oncology Unit caring for all types of pediatric cancers and benign blood disorders. Mark’s journey over the last two decades has helped develop him into an executive that is a servant leader whom promotes stakeholder collaboration/learning through evidence based data. First and foremost, Mark’s main objective is patient centricity and is often recognized for his ability to achieve and maintain high patient/caregiver satisfaction scores.

Mark Kharoufeh is currently the System Director of Oncology Services at HonorHealth, and the Virginia G. Piper Cancer Care Network. Mark has been instrumental in the strategic planning, and implementation of the joint partnership with Arizona Center for Cancer Care (AZCCC) and HonorHealth. Mark and his team, have successfully transitioned 12 medical oncology and chemotherapy clinics, serving thousands of cancer patients with a geographical reach throughout Arizona. Under Mark’s leadership, his team, has integrated many support services at each of these clinics. Their work was recently recognized by the Oncology Nursing Society (ONS) and Association of Oncology Nurse Navigators (AONN), for building a best practice, patient and nurse navigation process that coordinates care for all newly diagnosed patients through survivorship.

During his time at Cancer Treatment Centers of America (CTCA), as the Assistant Vice President of Oncology Patient Services, he served as the executive champion to achieve the Quality Oncology Practice Initiative (QOPI®) accreditation, an affiliate of the American Society of Clinical Oncology (ASCO), as well as The Joint Commission disease specific accreditation as a Lung Center of Excellence. In 2015 Mark was also awarded the opportunity to serve as the executive champion for a patient volume optimization program. This program helped identify processes to provide quality care to patients in a more efficient and consistent manner while increasing new patient volume by 45%. 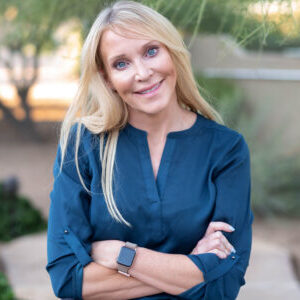 Alice Brangan grew up in Wisconsin, attended high school with Annie Weber (the inspiration for Phoenix Cancer Support Network) and considered Annie to be one of her best friends. As a result, she spent a lot of time with the Weber family and identifies them as a second family. She shared Annie’s passion for helping others through difficult times.

Following her dream to help others, she completed her master’s in clinical psychology in 2007, from La Salle University in Philadelphia, PA., specializing in sex crimes and trauma. She relocated to Phoenix in 2010 with her husband and reconnected with the Weber’s and Jenny. She is committed to PCSN in honor of Annie and the need for services that are often overlooked and were experienced first-hand by the Weber family.

Alice has always had a keen awareness of proportion, balance, design and space, with an undergraduate degree from University of Wisconsin in Fine Arts specializing in paintings. Currently, she is a stay at home mom of her three children Owen, Hannah and Elinor. 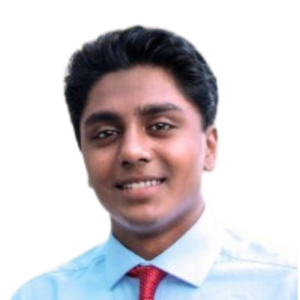 Arjun Moorthy is a senior at BASIS Scottsdale and has been committed to helping the lives of cancer patients in communities all across Arizona. Under PCSN, he created a nonprofit called Screening on Wheels that aims to educate and screen disadvantaged populations for breast, lung and skin cancer. Screening on Wheels has screened over 200 patients and raised over $8,000, and has also partnered with oncology offices throughout the valley to provide educational cancer pamphlets to help teach patients cancer preventing lifestyle choices.  Additionally, Arjun has played an active role in helping his community during COVID-19 by creating COVID Risk Profiler, a patent-pending technology that helps oncology offices screen patients for COVID-19. Moreover, he has co-founded the COVID Supply Initiative, an effort that aims to supply masks and other necessary forms of protection to immunocompromised patients. Through these efforts thus far, Arjun has helped thousands of cancer patients and will continue to do so, as he believes in preventative care rather than reactionary treatment. 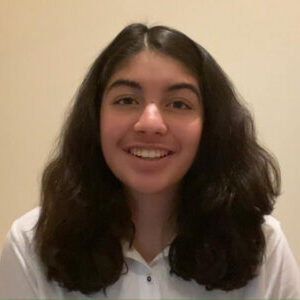 Nina Rawal is a sophomore at Xavier College Preparatory in Phoenix, Arizona. During the pandemic, she discovered an unmet need in the care for our valley seniors, who were becoming anxious and depressed in their isolation. This stimulated her to create Caring About Seniors, a program with several services targeting seniors in our community. She set up a Pen-Pal system hand-writing cheerful letters to seniors in group homes across the Valley. Caring About Seniors has grown to over two hundred volunteers including medical school students and has now expanded nationally to include seniors in states outside Arizona and national cancer organizations. During discussions with the many group homes, she became aware of the need for PPE and their struggles in finding additional funds for supplies. She set up a GoFundMe and raised more than $2,200. She also set up a mask donation club called Masks for Everyone, and has several local organizations and offices currently involved, who have donated more than 500 masks to care centers. Caring About Seniors also donates home-made baked treats for cancer patients and seniors to bring a little sweetness and joy in their lives. Through Phoenix Cancer Support Network her volunteer group is providing baked goods regularly to cancer patients as well as for guests of their annual fundraiser gala.